Keywords Derivatives,  TaxesCompanies Canada Revenue Agency James Langton U.S. proposes tax of at least 15% on global corporate profits The Supreme Court of Canada has ruled that the purpose of a derivative contract dictates whether it’s for speculation or to hedge risk — which in turn determines how a derivative is treated for tax purposes.In a majority opinion, the court dismissed an appeal from a taxpayer who sought to overturn a Federal Court of Appeal ruling. The appeal court had determined that a derivative contract he entered with TD Bank amounted to a hedge. Related news U.S. businesses may have to report crypto assets to IRS 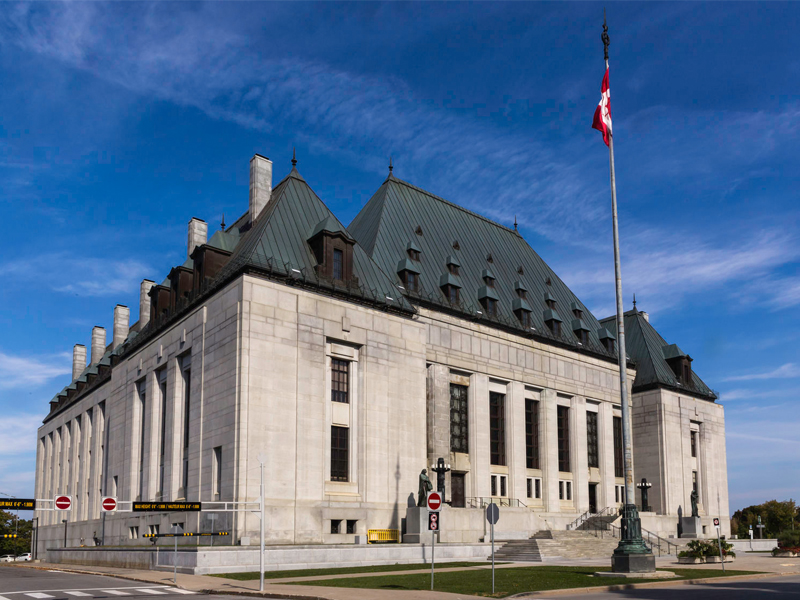 Government to reimburse self-employed workers who repaid CERB Share this article and your comments with peers on social media The taxpayer maintained that the derivative — in this case, a forward contract — was for speculation, which would mean that payments made under the contract could be deducted from his business income.The Canada Revenue Agency (CRA) maintained that it was a hedge, meaning that payments made under the contract should be treated as capital losses.In an initial decision, the Tax Court sided with the taxpayer, but the ruling was overturned at the Federal Court of Appeal, which found that it was a hedge.The majority of the Supreme Court sided with the Federal Court of Appeal.“When considered in its full and proper context, it is clear that the purpose of the forward contract was to hedge against market price fluctuations that [his] Bank of Nova Scotia shares were exposed to,” the majority said in its decision.In a dissenting opinion, Justice Suzanne Côté said the taxpayer’s intent should determine whether a derivative is treated as income or capital. She would have allowed the appeal. Facebook LinkedIn Twitter

A campaign to raise awareness of postpartum depression hits a nerve